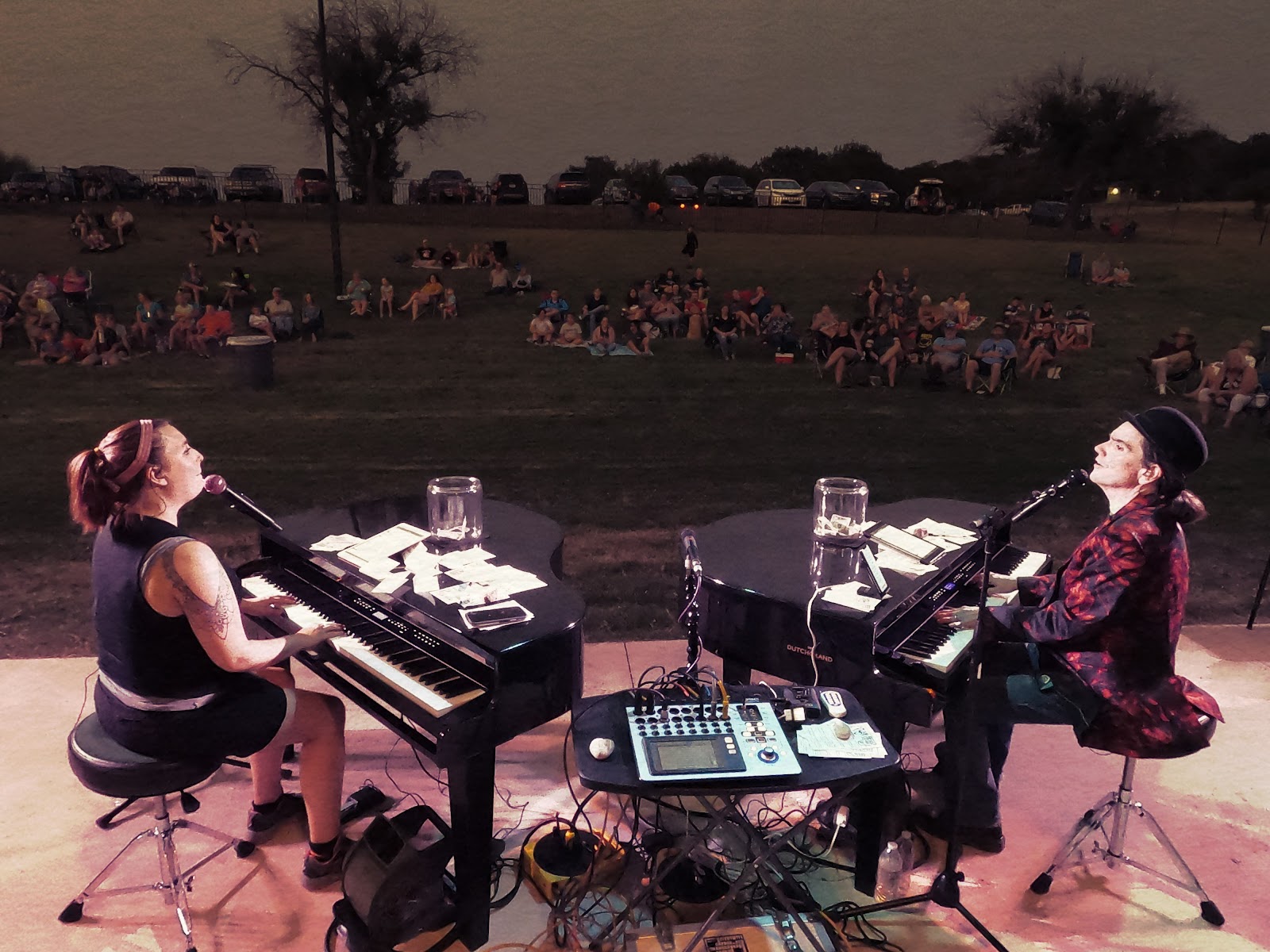 All Request Piano had a busy night! We drove almost 2 hours at 2pm to set up for a dueling pianos show in the park in Temple, TX. The show was from 7p-9p, and full of great requests from the crowd. People had their phones out sending light from their flashlights our way a few times during the show, and they sang along every chance they got. Heather sounded amazing, as always, and when we finished, people from the crowd flooded me with compliments about our show. Lots of kids came up and gave me compliments, too, which was very sweet. One little guy gave me a trinket he made for me during the show, and a little girl told me I was “the best piano player I’ve ever seen, and probably the best in the world!” Awww… but unfortunately, Heather didn’t get a chance to hear those things because just before our show started, we got a call from Moonshine & Ale in New Braunfels because they had a player cancel on them, and so they needed Heather to cover the end of the night. She made it to New Braunfels and played the last couple hours, and I headed there after packing up my trailer in Temple. I made it by 12:15am, so I jumped on stage with Heather and I knocked out a few tunes with her until 1am! Over 200 miles today and two gigs later, I’m ready for bed! 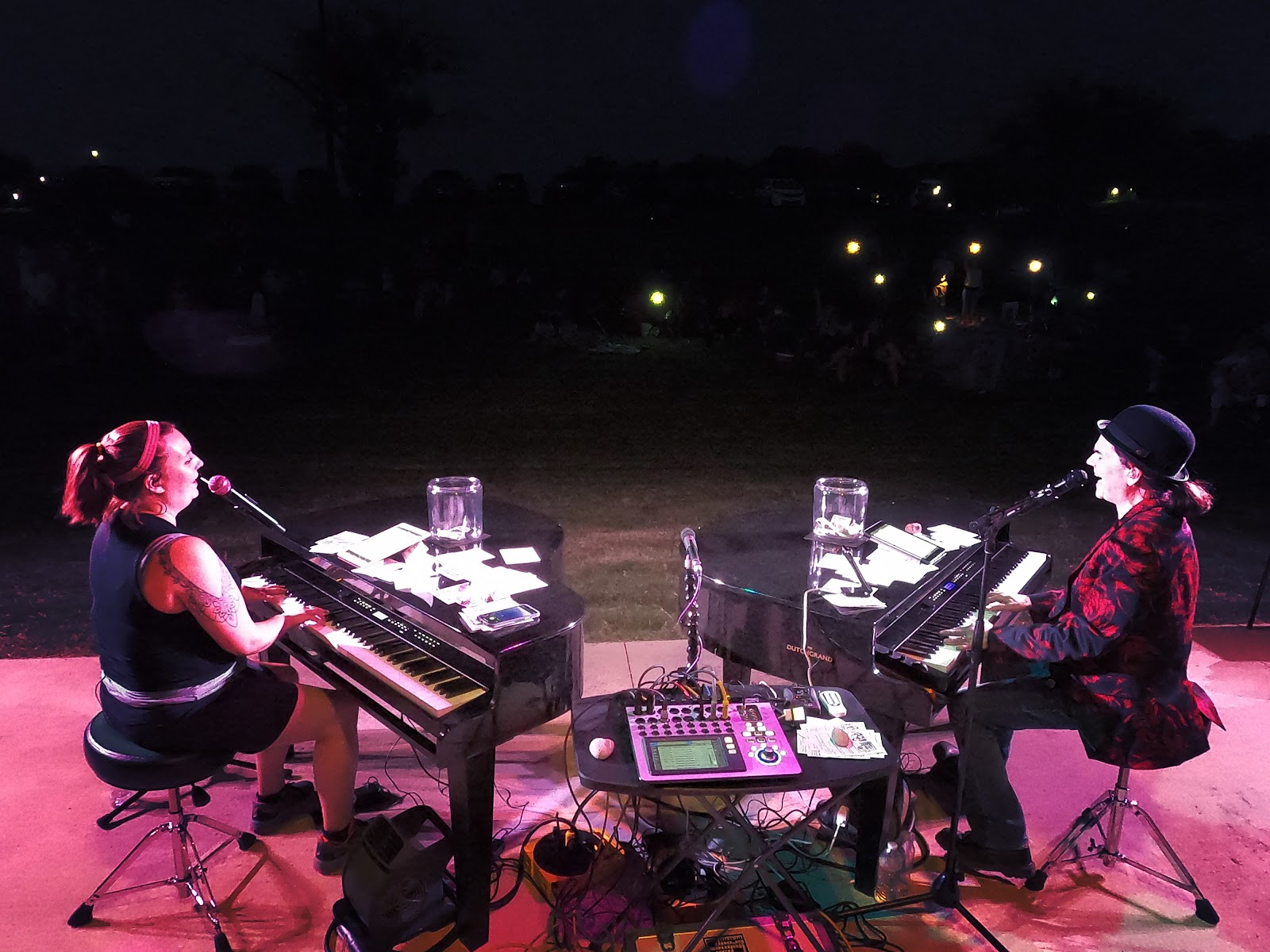 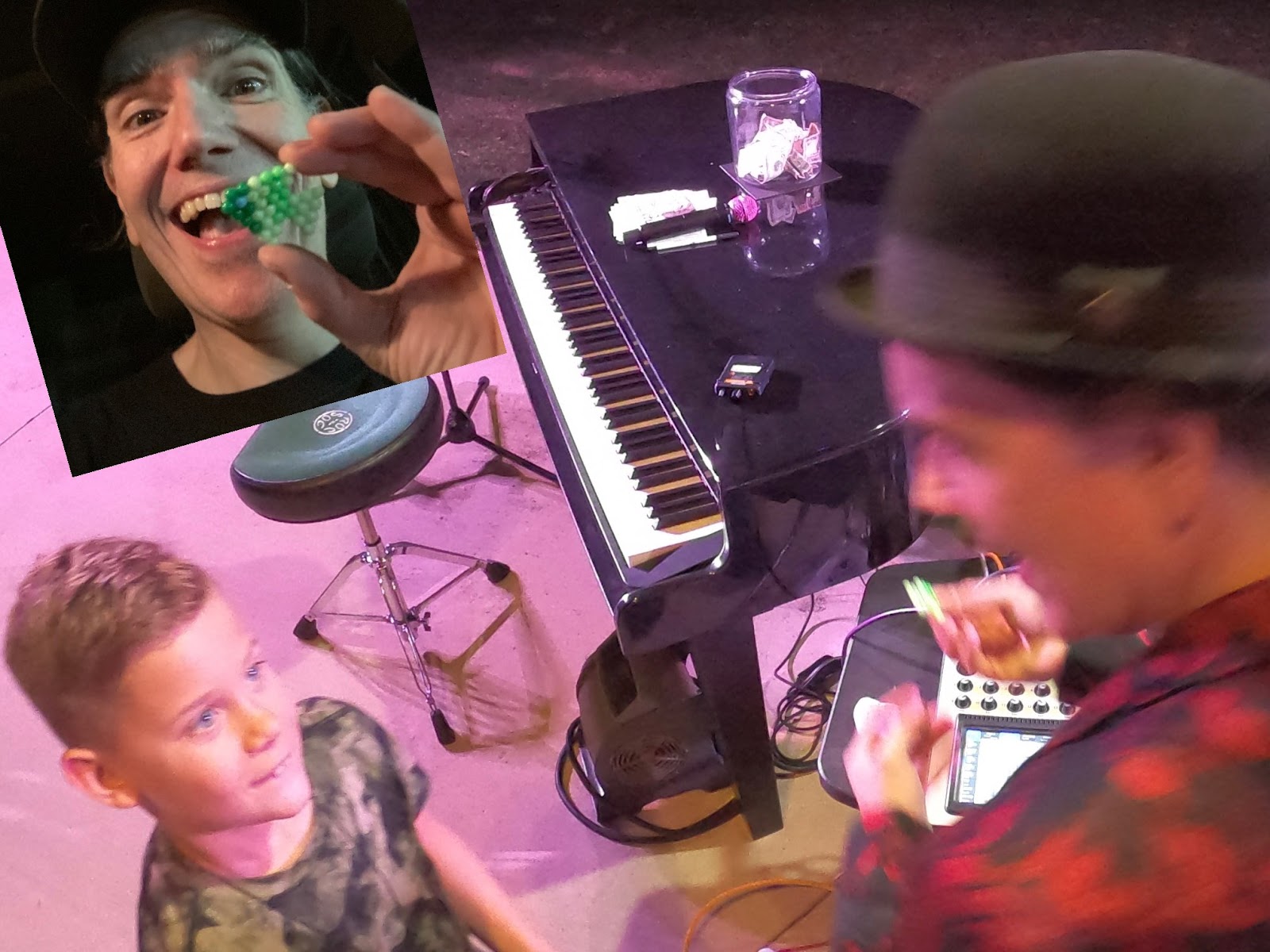 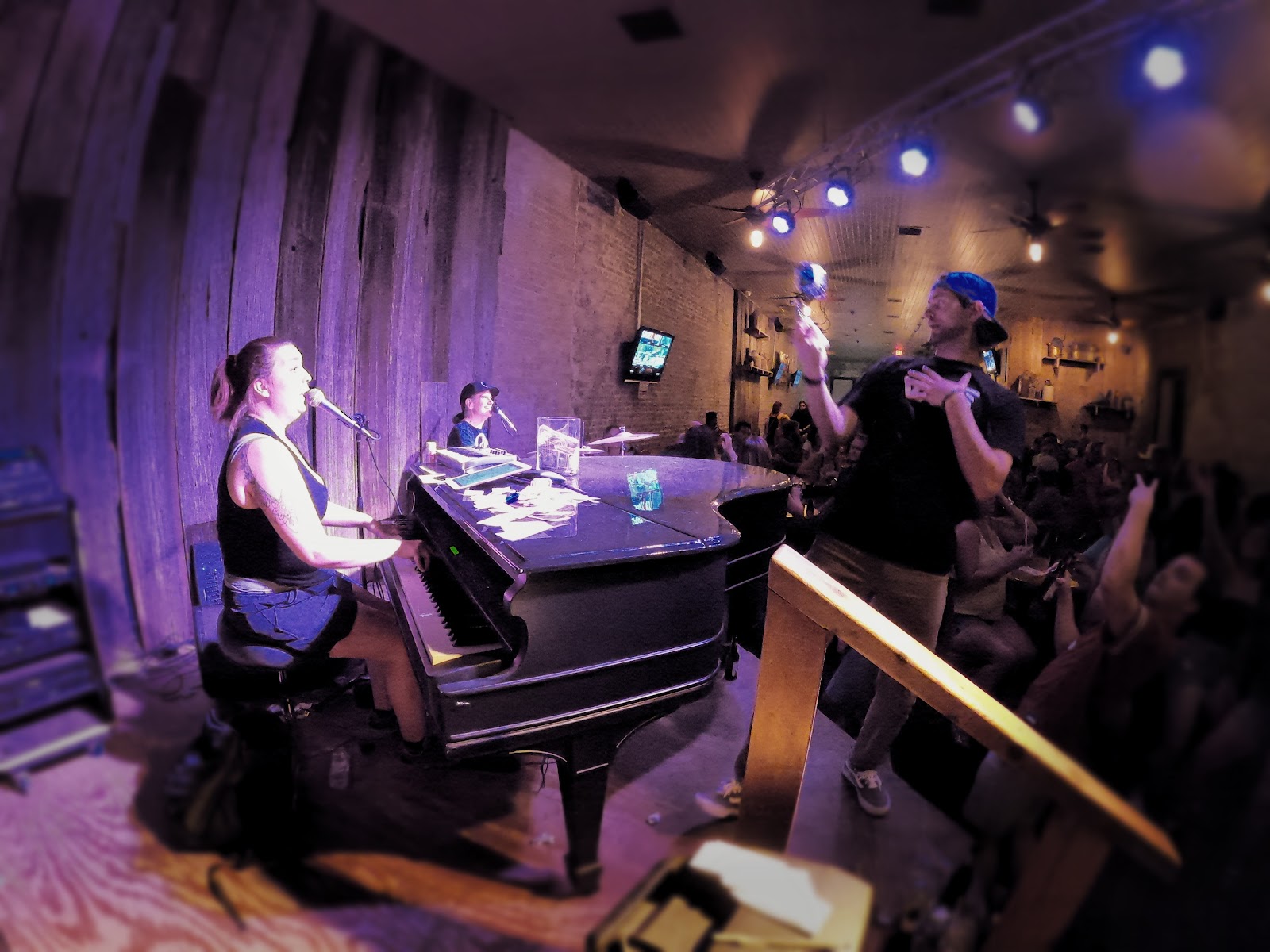